The Judge Dee Novels of R.H. Van Gulik: The Case of the Chinese Detective and the American Reader (Paperback) 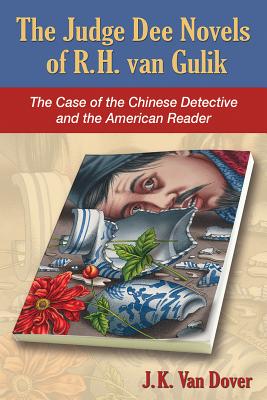 The Judge Dee Novels of R.H. Van Gulik: The Case of the Chinese Detective and the American Reader (Paperback)


Special Order—Subject to Availability
From 1949 to 1968 author Robert van Gulick wrote 15 novels, two novellas and eight short stories featuring Judge Dee, a Chinese magistrate and detective from the Tang dynasty. In addition to providing the setting for riveting mysteries, Dee's world highlighted aspects of traditional Chinese culture through his personal relationships with his wives, his lieutenants and the citizens he served with dedication on the emperor's behalf. This book gives a synopsis of each Judge Dee story, along with commentary on plots, characters, themes and historical details. Exploring van Gulik's influence on Chinese and Western detective fiction and on the image of China in popular 20th century American literature, this study brings to light a significant contributor to the development of detective fiction.
J.K. Van Dover taught in the English Department of Lincoln University for 38 years; he has also taught as a Fulbright Professor of American Literature in Germany, China, Austria, and Slovakia. He has published extensively on detective fiction.