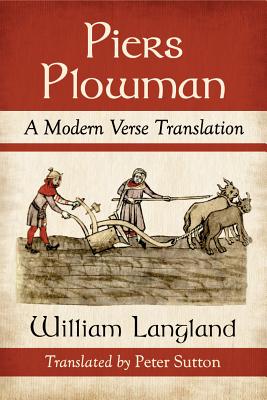 
Not On Our Shelves—Ships in 1-5 Days
William Langland's 14th-century poem Piers Plowman, a disturbing and often humorous commentary on corruption and greed, remains meaningful today. The allegorical work revolves around the narrator's quest to live a good life, and takes the form of a series of dreams in which Piers, the honest plowman, appears in various guises. Characters such as Conscience, Fidelity and Charity, alongside Falsehood and Guile, are instantly recognizable as our present-day politicians and celebrities, friends and neighbors. Social issues are confronted, including governance, economic relations, criminal justice, marital relations and the limits of academic learning, as well as religious belief and the natural world. This new verse translation from the Middle English preserves the energy, imagery and intent of the original, and retains its alliterative style. Instructors considering this book for use in a course may request an examination copy here.
Peter Sutton is a playwright, translator and editor. He has edited or translated books and documents from French, German, Italian and Spanish for the Council of Europe and the OECD, as well as for legal publishers and cultural institutions. He has written German language textbooks and has lectured on translation and English language at universities worldwide. He lives in the United Kingdom.