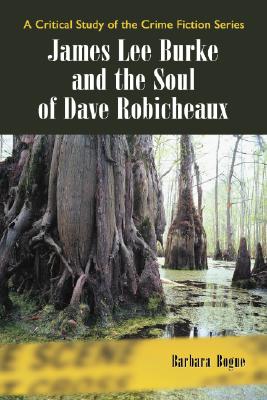 
Not On Our Shelves—Ships in 1-5 Days
When he created the character Dave Robicheaux, author James Lee Burke lent the New Orleans homicide detective a few of his own characteristics: a daughter named Alafair, a lifetime struggle with alcohol, his Roman Catholic faith, and his love for fishing and the outdoors. On the other hand, Robicheaux is portrayed as a veteran of the Vietnam war, something Burke never experienced firsthand. Yet the demons Burke has known allow him to write convincingly about demons he never knew. Thus Burke has created a realistic, complex and compelling protagonist for his crime fiction series. That depth is one element that elevates Burke's writing above the status of genre fiction. This book explores how James Lee Burke, through the first person narrative of detective Dave Robicheaux, probes the world of law and order, crime and disorder, and one man's internal conflicts with modern moral issues. The first chapter reveals the similarities and differences between real life creator and fictional protagonist. Next, chapters arranged by theme explore the roles of women, Robicheaux's paternal side as revealed through his adopted daughter, the paternal influences in the detective's own life, and the contrasting personality of his half-brother, Jimmie. The next chapters probe the roots of the detective's moral dilemmas: his battle with alcohol, the Vietnam war's lingering trauma, and religion. Next the author explores Burke's use of the supernatural, sense of place, and music to deepen his stories. Final chapters delve into Robicheaux's moral quandaries as a law enforcement officer, the character's contrast to his reckless and funny partner, Clete, and how Burke reveals truths about life through Robicheaux. An interview with Burke is included.
Barbara Bogue is an assistant professor of English at Ball State University. She lives in Daleville, Indiana.