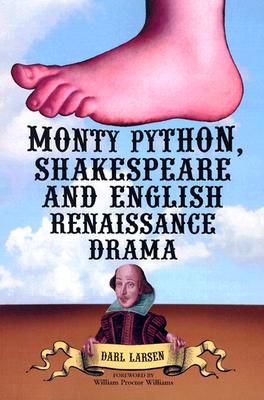 
Special Order—Subject to Availability
At first consideration, it would seem that Shakespeare and Monty Python have very little in common other than that they're both English. Shakespeare wrote during the reign of a politically puissant Elizabeth, while Python flourished under an Elizabeth figurehead. Shakespeare wrote for rowdy theatre whereas Python toiled at a remove, for television. Shakespeare is The Bard; Python is-well-not. Despite all of these differences, Shakespeare and Monty are in fact related; this work considers both the differences and similarities between the two. It discusses Shakespeare's status as England's National Poet and Python's similar elevation. It explores various aspects of theatricality (troupe configurations, casting and writing choices, allusions to classical literature) used by Shakespeare, Ben Jonson and Monty Python. It also covers the uses and abuses of history in Shakespeare and Python; humor, especially satire, in Shakespeare, Jonson, Dekker and Python; and the concept of the Other in Shakespearean and Pythonesque creations.
Darl Larsen is professor of theatre and media arts at Brigham Young University in Provo, Utah.