The Reconstruction of the South in United States History (Library Binding) 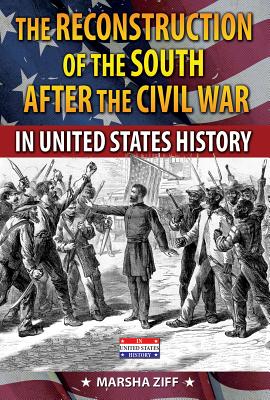 The Reconstruction of the South in United States History (Library Binding)


Special Order—Subject to Availability
(This book cannot be returned.)
The North had won the Civil War and reunited the Union. African-American slaves were freed and made citizens. The South was in ruins. The period after the Civil War was a troubled time for the United States. Known as Reconstruction, the South, which had fought for its independence, was bitter. Former slaves were freed, made citizens, and granted the right to vote, but still faced terrible discrimination. Author Marsha Ziff highlights the people and events involved in this turbulent period, examining the frustration and the determination of African Americans as they began their journey out of the ruins of slavery and the Civil War toward freedom and equality.