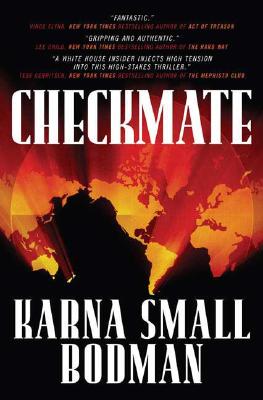 Dr. Cameron Talbot has invented a breakthrough technology to defend against cruise missiles. But she needs support from skeptical company officers, funding from a reluctant Congress, and help from the White House to develop her life-saving project. Lt. Col. Hunt Daniels, detailed from the Pentagon to the White House National Security Council to investigate Dr. Talbot's work, sees the potential of the invention. The fact that he's attracted to the brilliant scientist adds one more dimension to his interest in her work.
But disaster is brewing overseas as militants in the disputed Kashmir region of India steal a series of missiles from sympathizers in the Pakistani military and launch one against India. At the same time, they send one of their agents to Washington, D.C., to steal Dr. Talbot's technology so they can protect themselves when their enemies retaliate.
The scientist and the NSC staffer find themselves enmeshed in terrorist plots and political wrangling at the highest levels. With scenes in the Oval Office, the Situation Room, Capitol Hill, Georgetown restaurants, and Washington dinner parties, as well as action in Kashmir, New Delhi, and at the Taj Mahal, the tension and intrigue escalate until two nuclear-armed countries stand at the brink of war.

The Honorable Karna Small Bodman served in the White House for six years, first as deputy press secretary and later as senior director of the National Security Council. At the time of her departure, she was the highest-ranking woman on the White House staff. She was also on the air for fifteen years as a reporter, television news anchor, and political commentator in San Francisco, Los Angeles, Washington, D.C., and New York City.

"A fantastic story of how close our world is to the brink of ruin and how one courageous and determined woman fights to save us all. Karna Small Bodman writes with the eye of an insider, revealing all the secrets we wish we knew in a brilliant, heart-stopping tale." --Tim Green, New York Times bestselling author of Exact Revenge

"Bodman takes on Washington like only a true insider can, weaving a frightening tale that feels both unerringly authentic and frighteningly real." --Kyle Mills, New York Times bestselling author of The Second Horseman

"Karna Small Bodman draws on her unique background as a White House insider to inject high tension and authenticity into this high-stakes thriller. She writes with the smooth confidence of someone who truly knows the political landscape--and isn't afraid to reveal all." --Tess Gerritsen, New York Times bestselling author of Vanish

"Checkmate is a chilling and penetrating insider's look at our national missile defenses, with an astonishing countdown that seems to be happening at this very moment." --Katherine Neville, New York Times bestselling author of The Eight

"An inside story from an insider. A ripping tale of intrigue about an explosive region, but really about power and Washington. Bodman knows her stuff and lets us see and think about what really happens when the pressure is on and flawed people make decisions that affect us all." --James W. Huston, New York Times bestselling author of Secret Justice "Bodman brings us behind the scenes of military meetings, boardrooms, and parlors of the Washington power elite as her heroes race against time and terrorists in her thrilling debut novel, Checkmate. Suspense, romance, life and death scenarios . . . Checkmate has it all." --Mary Alice Monroe, New York Times bestselling author of Sweetgrass