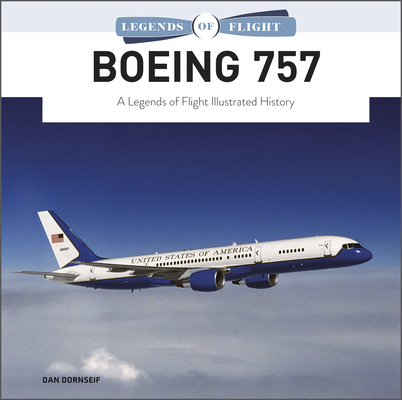 
Special Order—Subject to Availability
First flown in 1982, the Boeing 757 was an impressive accomplishment. The aircraft was fast, quiet, and fuel efficient while still exhibiting stellar takeoff, climb, and landing performance. Hear firsthand accounts from the leaders of the 757 program who skillfully established an extraordinary culture within their organization. This team, empowered by the program's expert guidance, overcame the challenges of producing a new aircraft type in an environment that was fast paced and unforgiving. It was originally designed as a domestic aircraft, and the 757's performance, along with the advent of twin-engine overwater authorizations, led it to become one of the primary aircraft conducting long-range overwater operations. To place the reader in the pilot's seat, a technical chapter is also included, describing the airplane's systems and actual handling of the airplane. Learn about this special aircraft and the people who designed, built, marketed, and flew it.