A-6 Intruder: Grumman's All-Weather Interdictor from Vietnam to the Persian Gulf (Legends of Warfare: Aviation #46) (Hardcover) 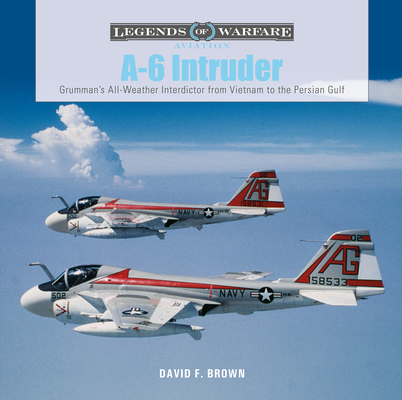 A-6 Intruder: Grumman's All-Weather Interdictor from Vietnam to the Persian Gulf (Legends of Warfare: Aviation #46) (Hardcover)

This is book number 46 in the Legends of Warfare: Aviation series.

The Grumman A-6 Intruder was the US Navy and Marine Corps' primary carrier-based, all-weather attack aircraft from 1963 to 1997. Famous for its combat missions in Vietnam and the 1991-92 Gulf War--as well as the novel and movie Flight of the Intruder--the A-6 was capable of carrying both conventional and nuclear weapons. This book covers the A-6 from concept, design, and construction in the late 1950s, through its fleet service beginning in 1963, up to its retirement and display status in museums around the country. Every A-6 USN and USMC squadron is covered through superb photography, including aircraft markings and unit insignias.