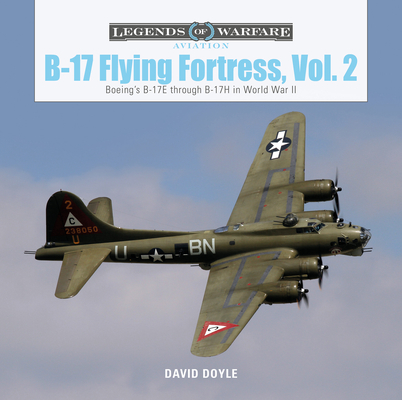 This is book number 41 in the Legends of Warfare: Aviation series.

The Boeing B-17 Flying Fortress is one of the most iconic aircraft in aviation history. Through a broad range of photos gathered from around the world, this book--the second of two volumes--chronicles the design, development, and wartime use of the late models of the Flying Fortress, from the first truly combat-capable model, the B-17E, to the lifesaving B-17H. These B-17 versions featured the so-called large tail and were famously used in the devastating strategic-bombing campaign against Germany. As a special feature, detailed coverage of the famed Memphis Belle is included. Combine volumes 1 and 2 for the complete photographic reference on the Flying Fortress.