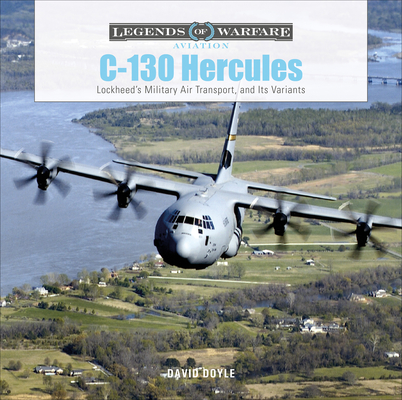 This is book number 38 in the Legends of Warfare: Aviation series.

The Lockheed C-130 Hercules has been in continuous production for over six decades, longer than any other military aircraft in the world, and no end of production is yet in sight. The Hercules has been a part of US combat operations since Vietnam, and the airframe, which began life as a simple transport, has been adapted to a variety of roles, including gunship, electronic warfare, refueling, and rescue. This book chronicles the development and use of the Hercules from concept to combat. Through dozens of archival photos, many never before published, as well as detailed photographs of some of the finest existent examples, these iconic aircraft are explored, and their history explained.