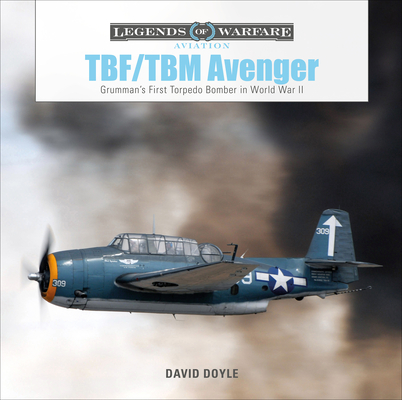 This is book number 32 in the Legends of Warfare: Aviation series.

The Grumman-designed TBF Avenger was unquestionably the most successful torpedo bomber in the US fleet during WWII. Developed just prior to the US entry in WWII, the type made its combat debut at the Battle of Midway. Demand for the large carrier-borne aircraft, which could drop conventional bombs and depth charges in addition to torpedoes, soon outstripped Grumman's capacity. To supply the needed aircraft to the US Navy, the US Marines, and the Royal Navy, the Eastern Aircraft Division of General Motors was contracted to build duplicate aircraft, which were designated TBM. With numerous adaptations, both the TBF and TBM continued to serve militaries well after WWII. Through carefully researched photos, many of which have never before been published and which are reproduced in remarkable clarity, the history and details of this iconic aircraft are revealed and put the reader in the skies with this historic aircraft.
The military books by David Doyle, author of more than 125 books, are noted for their thorough coverage of historic vessels and aircraft and his celebrated ability to locate scarce vintage imagery.