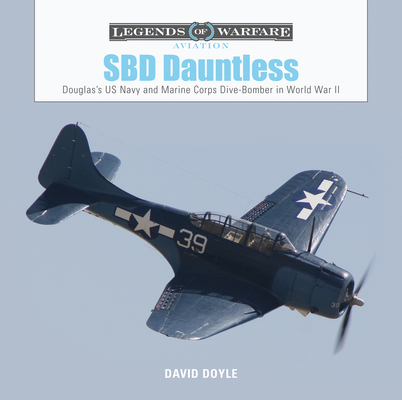 This is book number 26 in the Legends of Warfare: Aviation series.

The Douglas Dauntless was the US Navy's frontline dive-bomber in the early days of WWII. Even after the larger and more powerful Helldiver joined the fleet in the later stages of the war, the Dauntless remained in the fray, flying from the decks of escort carriers, which were too small to permit the operation of the later aircraft, as well as continuing to serve from the decks of fleet carriers. The Dauntless took part in many of the most notable battles of the war in the Pacific, including Coral Sea, Midway, and Guadalcanal. Carefully researched war-era photos are augmented with color images of current-day preserved aircraft, capturing the details of this flying legend. Part of the Legends of Warfare series.
Author of more than 100 books, David Doyle's books are noted for their thorough coverage of historic vessels and his celebrated ability to locate scarce vintage imagery.