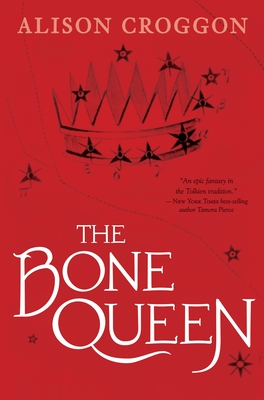 
Special Order—Subject to Availability
In a highly anticipated prequel to the Books of Pellinor, Alison Croggon captivates fans old and new with her ancient, legendary world of Annar.

After being seduced into sorcery by an agent of the Dark, the promising Bard Cadvan of Lirigon recklessly unleashed the terrible Bone Queen, bringing destruction down upon Annar. Cast out of the Schools of Barding for his crime, Cadvan now lives in exile, burdened by memories of his dealings with the Dark. At his former home, Cadvan’s mentor, Nelac, and his rival, Dernhil, begin to suspect that the Bone Queen may yet lurk in Annar, and a young Bard named Selmana is plagued by an ominous presence and an unsettling new ability to step between worlds. With darkness gathering and Bards giving in to fear and paranoia, a guilt-ridden Cadvan must once again earn the Bards’ trust and Selmana must gain control of her newfound powers if they are to bring peace to the living and the dead. Fans of the Books of Pellinor will savor this glimpse into Cadvan’s past, and readers new to Alison Croggon’s intricately built world will relish The Bone Queen as a stand-alone epic of light, dark, magic, and redemption.
Alison Croggon, an award-winning poet and playwright, is the acclaimed author of the Books of Pellinor and Black Spring. She lives in Melbourne, Australia.
Croggon's humbly exquisite prose weaves splendor into everything, from spells of magery and the frightening, otherworldly realm that the protagonists must tread to the regular World's aesthetic beauty and human emotion (grief, shame, terror, trauma)...Magnificent yet intimate, dark yet tender.
—Kirkus Reviews (starred review)

Fans of the Books of Pellinor quartet (The Crow, BCCB 01/08, etc.) will be elated to see that this prequel has made its way over from Australia, and readers starting the series here will likely be equally thrilled when they learn that a rich, lengthy series awaits them...Fans of high or epic fantasy will sink right in to this lushly described world, and they’ll appreciate the extra touches of maps, a pronunciation guide, and an informative author’s note.
—Bulletin of the Center for Children's Books (starred review)

The atmosphere of the novel is J.R.R. Tolkien’s Middle-earth mixed with Tamora Pierce’s Tortall and a little of the Wizarding World of “Harry Potter” for good measure. Fantasy enthusiasts will find it satisfying to disappear into Croggon’s world. This book stands alone and is even more enjoyable in conjunction with the other “Pellinor” volumes. Recommended for any YA fantasy collection.
—School Library Journal

A must-read for fans of this high-fantasy series.
—Booklist Online