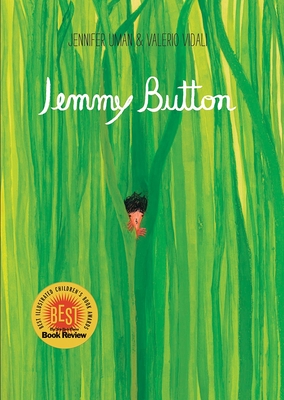 
Special Order—Subject to Availability
A beautiful collaboration based on a true story.

Jennifer Uman and Valerio Vidali discovered a mutual interest in this story and overcame language obstacles with the help of translators. Jemmy Button, a native of Tierra del Fuego, was brought to England in the mid-1800s to be “educated and civilized.” The book illustrates Jemmy’s adventures in England, his extraordinary encounters, his homesickness and experiences as an outsider in a strange land, and his return home.
Jennifer Uman is a self-taught painter and illustrator. Her work has appeared in the New York Times and in publications throughout the world. This is her first illustrated book.

Valerio Vidali is an Italian illustrator. His work has been published in several countries and has received notable recognition in competitions and exhibitions arround the world
Less a biography than an attempt to represent this alienating experience from Jemmy’s point of view, it is distinguished by lyrical prose-poetry...and intensely creative and beautifully conceived paintings.
—Publishers Weekly

From the cover where he peeks out through lush greenery, to the vast visions of the night sky over the island, illustrations of Orundellico’s home pop with color. The scenes in England, in contrast, feature muted tones, with people who appear only as silhouettes, emphasizing the boy’s sense of displacement. This treatment brings the story home for young readers and provides an excellent discussion-starter.
—School Library Journal

The story is told in an ingenuous style that is powerfully enhanced by the impressionistic art, replete with obscured adult figures and a melancholy tone. An unusual read-aloud is also a complex, unique offering for independent readers.
—Booklist

... a stunning picture-book collaboration between its illustrators, Jennifer Uman and Valerio Vidali, and its writer, Alix Barzelay. ... In a striking series of tableaux, we see the boy, very small and red, against jungle and sea; later he is surrounded by hard urban surfaces and engulfed in crowds of men in swallowtail coats and women in full-skirted finery.
—The Wall Street Journal