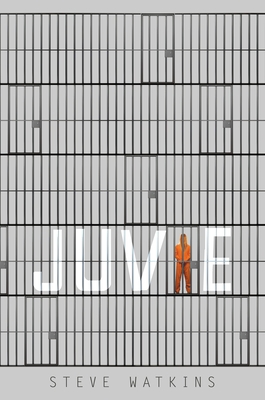 
Special Order—Subject to Availability
(This book cannot be returned.)
Heart-wrenching and real, Juvie tells the story of two sisters grappling with accountability, sacrifice — and who will be there to help you after you take the fall.

Sadie Windas has always been the responsible one — she’s the star player on her AAU basketball team, she gets good grades, she dates a cute soccer player, and she tries to help out at home. Not like her older sister, Carla, who leaves her three-year-old daughter, Lulu, with Aunt Sadie while she parties and gets high. But when both sisters are caught up in a drug deal — wrong place, wrong time — it falls to Sadie to confess to a crime she didn’t commit to keep Carla out of jail and Lulu out of foster care. Sadie is supposed to get off with a slap on the wrist, but somehow, impossibly, gets sentenced to six months in juvie. As life as Sadie knew it disappears beyond the stark bars of her cell, her anger — at her ex-boyfriend, at Carla, and at herself — fills the empty space left behind. Can Sadie forgive Carla for getting her mixed up in this mess? Can Carla straighten herself out to make a better life for Lulu, and for all of them? Can Sadie survive her time in juvie with her spirit intact?
Steve Watkins is the author of two other novels for young readers, Down Sand Mountain, winner of a Golden Kite Award, and What Comes After. A short-story writer and winner of a Pushcart Prize, he lives in Fredericksburg, Virginia.
In the midst of the terrible reality, realistically tiny glimmers of hope shine like candles fighting the darkness. A bleakly optimistic reminder to hold on to what is good.
—Kirkus Reviews (starred review)

Watkins offers a frank view of life in a juvenile detention center... Little by little, a multi-dimensional portrait of Sadie emerges, exposing her vulnerabilities and struggles with the mistakes she’s made... [A]bsorbing and wrenching.
—Publishers Weekly (starred review)

[T]eens, especially reluctant readers, will be drawn into the tension and action.
—School Library Journal

The truth of surviving juvie is told with unflinching honesty and may be an eye-opener to many readers. The subject matter should appeal to reluctant readers.
—VOYA

The point that not guilty doesn’t mean innocent ... is subtly made, and readers may detect it through the overt story of Sadie as a strong and caring heroine making the best of a bad situation.
—Bulletin of the Center for Children's Books

Paint[s] a picture of a life of a teenager who struggles to make good choices. In the end, a hopeful picture emerges for Sadie and her family. This book could fit well in hi/lo collections.
—Library Media Connection

Compelling... A haunting story of loyalty, regret, and the fervent hope for second chances.
—Booklist