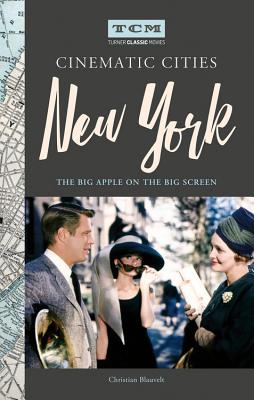 
Not On Our Shelves—Ships in 1-5 Days
For armchair travelers, film buffs, tourists, and city dwellers alike, Turner Classic Moviestakes you on a one-of-a-kind tour of the cinematic sites of New York City.
Highlighting the great films set in the Big Apple since the dawn of cinema to the present, Cinematic Cities: New York City is both a trove of information including behind-the-scenes stories and trivia, and a practical guide full of tips on where to go, eat, drink, shop, and sleep to follow along the path of your favorite films set in NYC. Organized by neighborhood and featuring photographs and illustrated maps throughout, this is a love letter to the city and a one-of-a-kind history of the movies.
Featured films and locations include The Godfather, The Seven Year Itch, King Kong, North by Northwest, On the Town, West Side Story, When Harry Met Sally, the films of Woody Allen, and scores of others.
Christian Blauvelt is an entertainment and culture journalist, who serves as the managing editor of leading film and TV industry website IndieWire. He regularly appears on CBS New York to give previews of upcoming films and awards season analysis; has hosted films on Turner Classic Movies; and has presented at South by Southwest and San Diego Comic-Con. Blauvelt is the author of books including Star Wars Made Easy. He lives in New York City.Turner Classic Movies is the definitive resource for the greatest movies of all time. We entertain and enlighten to show how the entire spectrum of classic movies, movie history, and movie-making touches us all and influences how we think and live today.