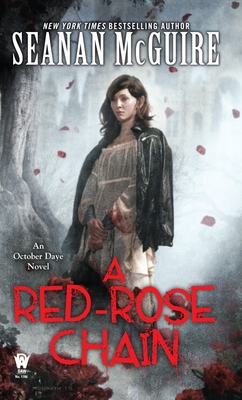 This is book number 9 in the October Daye series.

Things are looking up.

For the first time in what feels like years, October "Toby" Daye has been able to pause long enough to take a breath and look at her life -- and she likes what she sees. She has friends. She has allies. She has a squire to train and a King of Cats to love, and maybe, just maybe, she can let her guard down for a change.

Or not. When Queen Windermere's seneschal is elf-shot and thrown into an enchanted sleep by agents from the neighboring Kingdom of Silences, Toby finds herself in a role she never expected to play: that of a diplomat. She must travel to Portland, Oregon, to convince King Rhys of Silences not to go to war against the Mists. But nothing is that simple, and what October finds in Silences is worse than she would ever have imagined.

How far will Toby go when lives are on the line, and when allies both old and new are threatened by a force she had never expected to face again? How much is October willing to give up, and how much is she willing to change? In Faerie, what's past is never really gone.

It's just waiting for an opportunity to pounce.
Seanan McGuire is a California-based author with a strong penchant for travel and can regularly be found just about anyplace capable of supporting human life (as well as a few places that probably aren’t). Early exposure to a vast number of books left her with a lifelong affection for the written word, and led, perhaps inevitably, to her writing books of her own, starting somewhere around the age of eleven. The October Daye novels are her first urban fantasy series, and the InCryptid novels are her second series, both published by DAW and bother of which have put her in the New York Times bestseller list. Seanan was the winner of the 2010 John W. Campbell Award for Best New Writer; Rosemary and Rue, the first novel in the October Daye series, was named one of the Top 20 Paranormal Fantasy Novels of the Past Decade; and her novel Feed, written under the name Mira Grant, was named as one of Publishers Weekly's Best Books of 2010. She also won a Hugo for her podcast, and is the first person to be nominated for five Hugo Awards in a single year. You can visit her at www.seananmcguire.com.
Praise for the October Daye series: