By the Edge of the Sword (A Mediaeval Mystery #7) (Paperback) 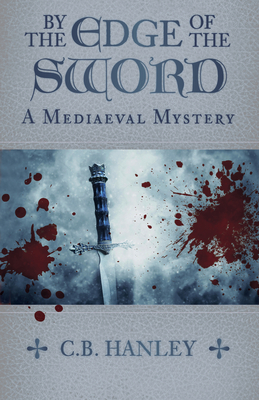 By the Edge of the Sword (A Mediaeval Mystery #7) (Paperback)

This is book number 7 in the A Mediaeval Mystery series.

Christmas, 1218: Conisbrough is shrouded in deep snow and a stranger’s body is found frozen to death. The cryptic letter he carries is from Joanna, an old friend who is in danger and pleading for Edwin’s help.

Edwin and Martin undertake a perilous winter journey to discover that Joanna’s husband has been murdered and that she stands accused of the crime; if convicted, she will be burned at the stake. A furious Martin is determined to clear Joanna’s name even if it means resorting to violence. Edwin must control him while attempting to solve a puzzle he is only seeing at second hand; he knows nothing of any of the locals and can only work with the conflicting stories they tell him.

Their vicious accusations and unshakeable belief that Joanna is guilty might result in her being killed by gossip, so Edwin must find out what really happened before it is too late.

C.B. HANLEY holds a PhD in Medieval Studies, specializing in warfare in the12th and 13th centuries. She has published an academic book and a number of scholarly articles on the period, and continues to write non-fiction history for academic and general audiences. She has worked as an historical interpreter, and is also a freelance copy editor and proof-reader. She lives in Coventry.

"Absorbing. . . . Hanley provides a wealth of historical details—about prayer, attire, and the building of a cathedral “in the modern style.” . . .  Fans will look forward to seeing more of this fine hero." —Publishers Weekly on The Bloody City

"Blatantly heroic and wonderfully readable, this engrossing historical adventure is the second in a projected trilogy. With its brave young protagonists it has perfect crossover appeal for YA readers." —Library Journal starred review of The Bloody City