Cast a Diva: The Hidden Life of Maria Callas (Hardcover) 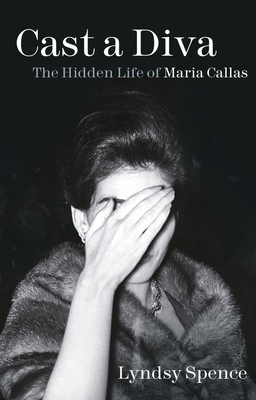 Cast a Diva: The Hidden Life of Maria Callas (Hardcover)


Backordered
The first biography of Maria Callas in over 15 years, and the first to portray her as a feminist icon rather than a bitchy diva

Maria Callas (1923–77) was the greatest opera diva of all time. Despite a career that remains unmatched by any prima donna, much of her life was overshadowed by her fiery relationship with Aristotle Onassis, who broke her heart when he left her for Jacqueline Kennedy, and her legendary tantrums on and off the stage.

However, little is known about the woman behind the diva. She was a girl brought up between New York and Greece, who was forced to sing by her emotionally abusive mother and who left her family behind in Greece for an international career. Feted by royalty and Hollywood stars, she fought sexism to rise to the top, but there was one thing she wanted but could not have – a happy private life.

In Cast a Diva, Lyndsy Spence draws on previously unseen documents to reveal the raw, tragic story of a true icon.
Lyndsy Spence is an author, historian and screenwriter who specializes in daring aristocratic women. She is the founder of The Mitford Society, an online community dedicated to the Mitford girls, and is the author of the bestselling biography The Grit in the Pearl: The Scandalous Life of Margaret, Duchess of Argyll (The History Press, 2019).
"The definitive Callas biography. Lyndsy Spence cuts through the wild rumor and sensationalist reporting of her life and paints a picture of a sad, abused, yet still fiery and passionate Maria. I couldnʼt put it down." —Gill Paul, author, Jackie and Maria