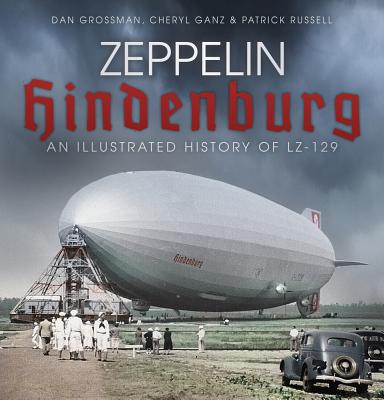 
Backordered
ON 6 MAY 1937 the pioneering Zeppelin Hindenburg, LZ-129, ended its career in flames when its hydrogen lifting gas ignited while landing at Lakehurst, New Jersey. But the airship had already completed sixty-two successful flights before this fateful day, catering to Nazi officials, socialites and the well-heeled. Hindenburg offered cutting-edge transport technology with luxury and style, making it a spectacle to behold on both sides of the Atlantic, and was expected to be just the first of many giant passenger Zeppelins.In this revised edition with additional material, three world-renowned experts have collaborated to create the definitive history of the Zeppelin Hindenburg. Using stunning black-and-white and colour photographs, diagrams and new information, this detailed book highlights the sheer style of this mammoth lighter-than-air craft and explains the shocking disaster that signalled the end of airship travel.