A Measure of Serenity (Hardcover) 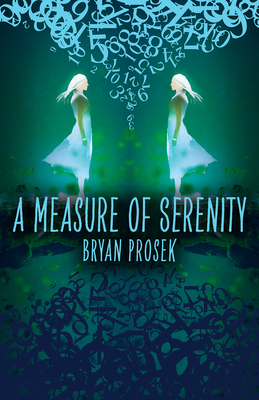 A Measure of Serenity (Hardcover)

A million thoughts, but only one right thing to do.

Eighteen-year-old Serenity Ashdown has a brilliant mind: she counts, calculates, and analyzes everything, all the time. Awkward. When her father suddenly disappears, Serenity follows his trail to a parallel dimension. The feds on the other side claim to want to help her go home, if she helps them reconstruct the right codes for the portal between worlds. But it’s soon clear they want something more: a gateway for invasion, because this version of Earth is dying.

When Serenity learns that her alter-ego was killed in battle, she assumes “the other Serenity’s” identity and uses her unique abilities to lead the resistance in a mortal fight against the tyrannical super-government that is poised to invade her universe. Serenity has no idea how to be someone she’s not, but she has to try—or she may not have a home to return to.

Bryan Prosek is a science fiction writer and business attorney. Along with his debut The Brighter the Stars and the forthcoming A Measure of Serenity, he has published books and articles in legal trade journals and magazines. When he isn’t writing or practicing law, you can probably find him watching science fiction movies or television shows. He loves the big screen and the small screen. There’s a good chance that he’ll be watching one of the numerous Star Trek movies or series, but he could be watching anything from Guardians of the Galaxy to The Conjuring. You can find more about Bryan at his website, www.bryankprosek.com, taking you to new worlds.