Guide to the Feng Shui Compass: A Compendium of Classical Feng Shui, Including a History of Feng Shui and a Detailed Catalogue of 75 Rings of the Lo P (Hardcover) 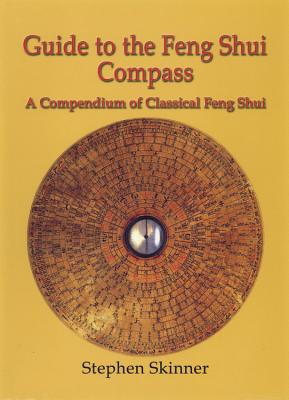 Guide to the Feng Shui Compass: A Compendium of Classical Feng Shui, Including a History of Feng Shui and a Detailed Catalogue of 75 Rings of the Lo P (Hardcover)

With the lo p'an, the art of feng shui becomes a true science. The result of over thirty years of research and practice, The Guide to the Feng Shui Compass is the first book in English to explain what the lo p'an is, how it works, and how to read and use it for luck, happiness, and an improved life. It includes a history of feng shui and a detailed description of the seventy-five rings of the lo p'an. Featuring clear explanations and instructions, this groundbreaking guide will turn anyone into an expert with any lo p'an, ancient or modern.

Stephen Skinner began his career as a Geography lecturer and magazine publisher, but his long term interests have always been Western magic and feng shui. During the 1970s he was the driving force behind Askin Publishers, producing a number of classic magical works by Cornelius Agrippa, Paracelsus, Austin Osman Spare, Aleister Crowley, and others. During the 1970s he co-wrote many books with Francis King, including the still popular Techniques of High Magic. Also with Francis King he wrote Nostradamus. His interest in prophecy stimulated by this book, he went on to write the best selling Millennium Prophecies. Stephen is credited with bringing the art of Feng Shui to the West, and in 1976 he wrote the Living Earth Manual of Feng Shui, which was the first English book on feng shui in the 20th century. Stephen has written more than 35 books, which have been published worldwide in 28 different languages. These books have had introductions by such diverse people as Colin Wilson, HRH Charles Prince of Wales, and Jimmy Choo, shoe designer to the stars. Stephen lives in Singapore. Stephen is the first Westerner to be awarded the title of Grand Master of Feng Shui by the International Feng Shui Association.