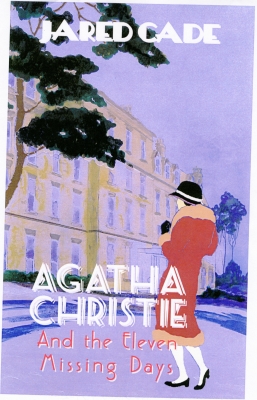 
Special Order—Subject to Availability
(This book cannot be returned.)
Revised and expanded with a wealth of new material, this riveting study reveals why Christie staged the notorious episode of her own disappearance, and how it all went terribly wrong In December 1926 Agatha Christie became front-page news when she vanished in bizarre circumstances from her home in Berkshire, England. The crime writer was found 11 days later in a hotel in Harrogate,Yorkshire, claiming to be the victim of amnesia. Until now none of her biographers have come up with conclusive evidence as to what Agatha Christie did in the first 24 hours after she disappeared, or whether her memory loss was genuine. Although the notoriety made Agatha Christie famous, she never recovered from the intense press scrutiny, and the private anguish that surrounded the episode ensured that she made no reference to it in her memoirs. Illustrated with many hitherto unpublished photographs, Jared Cade's illuminating book provides all the answers, including startling accounts by the novelist's surviving relatives, that reveal for the first time why she staged the disappearance with the help of a co-conspirator and how it went wrong.
Jared Cade is an authority on Agatha Christie and lectures regularly on her work and her notorious disppearance.
"This thoughtful and absorbing inquiry . . . lends credible dimension to the complex life story of mystery's most celebrated practitioner. Well done!"  —Sue Grafton, author, U for Undertow