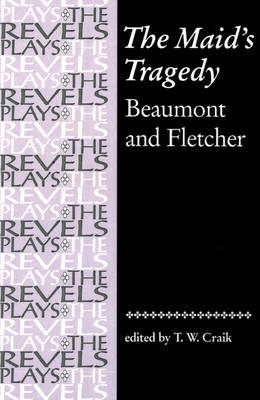 
Not On Our Shelves—Ships in 1-5 Days
Generally acknowledged to be the most powerful of Beaumont and Fletcher's plays and frequently performed by the best actors of the seventeenth and early eighteenth century, The Maid's Tragedy (1610-11) disappeared from the stage (except in a much-altered and very successful Victorian adaptation) until recent years, when major companies have rediscovered its appeal. In this fully annotated edition, the editor has given careful attention to the sense of the lines, the stage action and the verse. Many new emendations of textual errors, as well as improvements in stage directions and lineation, are either introduced or proposed. The introduction explores Beaumont and Fletcher's use of the three known sources (two of them previously neglected) for incidents in the play, gives the fullest available account of its stage history, and provides a sympathetic interpretation of the play as a romantic tragedy.
T. W. Craik is Professor of English at the University of Durham