Classics and the Bible: Hospitality and Recognition (Classical Literature and Society) (Paperback) 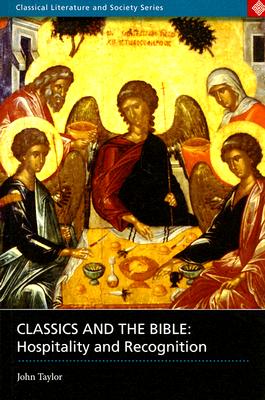 Classics and the Bible: Hospitality and Recognition (Classical Literature and Society) (Paperback)

Classics and the Bible looks at story-patterns and themes which Greek and Latin literature shares with the Hebrew scriptures and the New Testament. Direct influence or a common source can explain some similarities, but uncannily parallel plots and forms of expression seem more often to occur independently. Classical and biblical texts constantly illuminate each other. Hospitality and recognition are central themes in both traditions, and also metaphors about the relation between them. Classical and biblical authors alike tell stories which need to be read in the light of other stories. The relation between the present and the heroic past is crucial to both traditions, and both raise fundamental questions about the relation of text and reader. The first three chapters consider the subject from the classical side: Homer, the Greek tragedians and Plato, and Virgil; the fourth turns to the New Testament; and the fifth to aspects of later reception. Readers should ideally be equipped with a Bible, English translations of a few major classical authors, and an open mind.

John Taylor is Head of Classics at Tonbridge School.