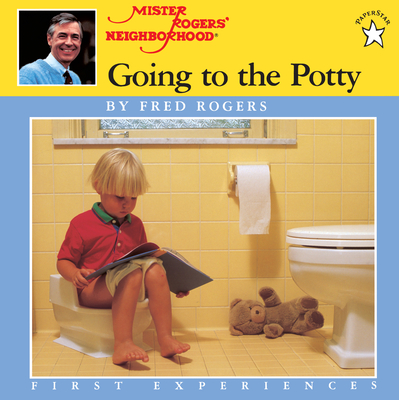 
On Our Shelves Now at:
"Going to the Potty handles a sensitive subject with the same quiet candor and respect for young audiences that are the hallmark of his Mister Rogers' Neighborhood TV show."--Publishers Weekly

Parent and child may read together about the way children develop in the experience of eliminating waste products from their body and about the positive aspects of using the toilet.
Producer, magician, writer, puppeteer, minister, husband, father, Fred Rogers started out in children's television thirty years ago. The direction he trailblazed was the "creation of television programming that spoke, with respect, to the concerns of early childhood, not as adults see it but as children feel it."

He has received virtually every major award in the television industry for work in his field, and dozens of others from special-interest groups.