Dark Commerce: How a New Illicit Economy Is Threatening Our Future (Paperback) 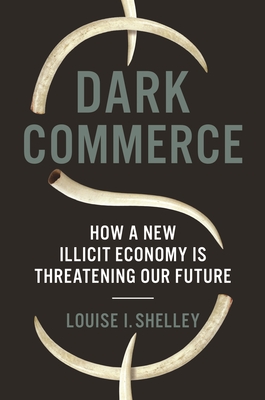 Dark Commerce: How a New Illicit Economy Is Threatening Our Future (Paperback)

A comprehensive look at the world of illicit trade

In the past three decades, technology has changed the fundamentals of trade, in legitimate and illegal economies. The most advanced forms of illicit trade have broken with all historical precedents and operate as if on steroids, tied to computers and social media. Dark Commerce examines how new technology, communications, and globalization fuel the exponential growth of dangerous forms of illegal trade--the markets for narcotics and child pornography, the escalation of sex trafficking, and the sale of endangered species. The illicit economy exacerbates many of the world's destabilizing phenomena: the perpetuation of conflicts, the proliferation of arms and weapons of mass destruction, and environmental degradation and extinction. Dark Commerce demonstrates that the dark market is a business the global community cannot afford to ignore.
Louise I. Shelley is the Omer L. and Nancy Hirst Professor of Public Policy and University Professor at George Mason University's Schar School of Policy and Government, and founder and director of its Terrorism, Transnational Crime and Corruption Center.