Mid-Century Modernism and the American Body: Race, Gender, and the Politics of Power in Design (Hardcover) 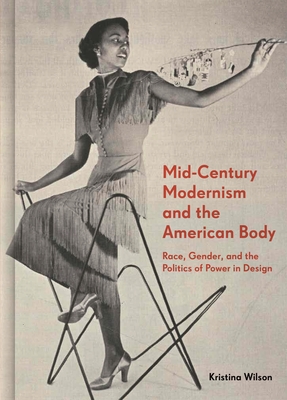 Mid-Century Modernism and the American Body: Race, Gender, and the Politics of Power in Design (Hardcover)

In the world of interior design, mid-century Modernism has left an indelible mark still seen and felt today in countless open-concept floor plans and spare, geometric furnishings. Yet despite our continued fascination, we rarely consider how this iconic design sensibility was marketed to the diverse audiences of its era. Examining advice manuals, advertisements in Life and Ebony, furniture, art, and more, Mid-Century Modernism and the American Body offers a powerful new look at how codes of race, gender, and identity influenced--and were influenced by--Modern design and shaped its presentation to consumers. Taking us to the booming suburban landscape of postwar America, Kristina Wilson demonstrates that the ideals defined by popular Modernist furnishings were far from neutral or race-blind. Advertisers offered this aesthetic to White audiences as a solution for keeping dirt and outsiders at bay, an approach that reinforced middle-class White privilege. By contrast, media arenas such as Ebony magazine presented African American readers with an image of Modernism as a style of comfort, security, and social confidence. Wilson shows how etiquette and home decorating manuals served to control women by associating them with the domestic sphere, and she considers how furniture by George Nelson and Charles and Ray Eames, as well as smaller-scale decorative accessories, empowered some users, even while constraining others. A striking counter-narrative to conventional histories of design, Mid-Century Modernism and the American Body unveils fresh perspectives on one of the most distinctive movements in American visual culture.
Kristina Wilson is professor of art history at Clark University. She is the author of The Modern Eye and Livable Modernism. Instagram @kristinawilsonartdesign