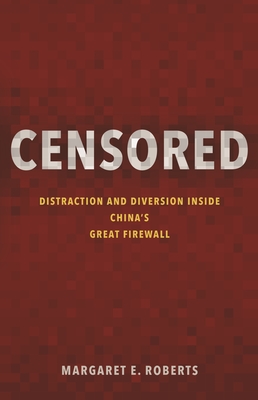 A groundbreaking and surprising look at contemporary censorship in China

As authoritarian governments around the world develop sophisticated technologies for controlling information, many observers have predicted that these controls would be easily evaded by savvy internet users. In Censored, Margaret Roberts demonstrates that even censorship that is easy to circumvent can still be enormously effective. Taking advantage of digital data harvested from the Chinese internet and leaks from China's Propaganda Department, Roberts sheds light on how censorship influences the Chinese public. Drawing parallels between censorship in China and the way information is manipulated in the United States and other democracies, she reveals how internet users are susceptible to control even in the most open societies. Censored gives an unprecedented view of how governments encroach on the media consumption of citizens.
Margaret E. Roberts is associate professor of political science at the University of California, San Diego.