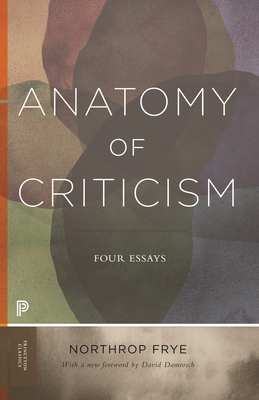 A landmark work of literary criticism

Northrop Frye's Anatomy of Criticism is the magnum opus of one of the most important and influential literary theorists of the twentieth century. Breaking with the practice of close reading of individual texts, Frye seeks to describe a common basis for understanding the full range of literary forms by examining archetypes, genres, poetic language, and the relations among the text, the reader, and society. Using a dazzling array of examples, he argues that understanding the structure of literature as a total form also allows us to see the profoundly liberating effect literature can have.
Northrop Frye (1912-1991) was University Professor at the University of Toronto, where he was also professor of English at Victoria College. His books include Fearful Symmetry: A Study of William Blake (Princeton). David Damrosch is the Ernest Bernbaum Professor and Chair of Comparative Literature and director of the Institute for World Literature at Harvard University.