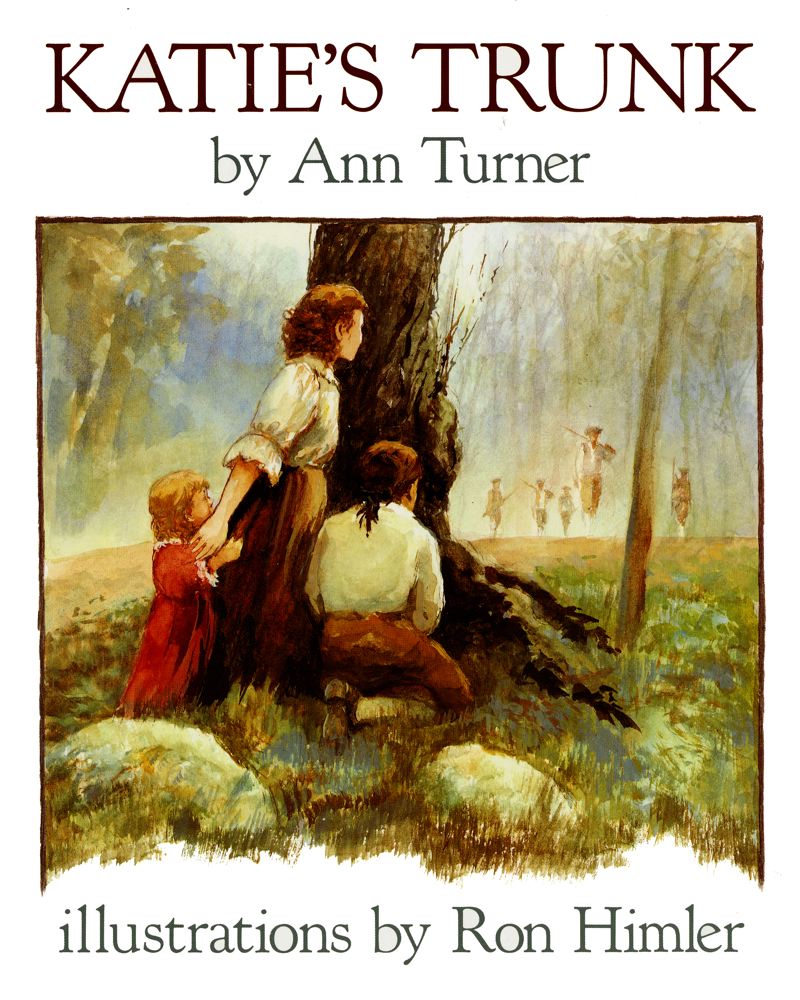 
Not On Our Shelves—Ships in 1-5 Days
Based on a true incident that happened to one of the author’s ancestors, Katie’s Trunk gives an unusual and arresting glimpse of the beginnings of the American Revolution.

Katie could feel it in the air—something was wrong. Neighbors didn’t speak to each other anymore, and someone even hissed “Tory!” at her. All around Katie, men were arming themselves for war. Then one day it happened—the rebels came! Katie’s father told the family to hide in the woods. At first Katie obeyed, but as she crouched in the underbrush she got mad and ran back to defend her home. It wasn’t right for people to treat one another this way. But what could one little girl do about it?
Ann Turner is an award-winning screenwriter and director, avid reader, and history lover. She is drawn to salt-sprayed coasts, luminous landscapes, and the people who inhabit them all over the world. She is a passion­ate gardener. Her films include the historical feature Celia, starring Rebecca Smart—which Time Out listed as one of the fifty greatest direc­torial debuts of all time; Hammers Over the Anvil, starring Russell Crowe and Charlotte Rampling; and the psychological thriller Irresistible starring Susan Sarandon, Sam Neill, and Emily Blunt. Ann has lectured in film at the Victorian College of the Arts. Returning to her first love, the written word, in her debut novel The Lost Swimmer, Ann explores themes of love, trust, and the dark side of relationships. Her second novel, Out of the Ice, a mystery thriller set in Antarctica, was published to great acclaim in Australia and will be available in the United States in 2018. Ann was born in Adelaide and lives in Victoria. Visit Ann’s website at AnnTurnerAuthor.com.

Ron Himler lives in Tucson, Arizona. An interest in American Indian culture first brought Mr. Himler to the southwest, and his work often features western subjects as well as historical themes. His paintings are frequently exhibited in galleries in the southwest. Ron Himler has illustrated more than seventy-five children’s books.