Lost on a Mountain in Maine (Paperback) 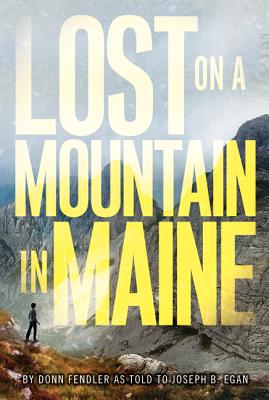 Lost on a Mountain in Maine (Paperback)

Based on the true account of a boy's harrowing journey through the vast wilderness of the Katahdin Mountains, Lost on a Mountain in Maine is a gripping survival story for all ages.

Twelve-year-old Donn Fendler steps away from his Boy Scout troop for only a minute, but in the foggy mountains of Maine, a minute is all it takes. After hours of trying to find his way back, a nervous and tired Donn falls down an embankment, making it impossible for him to be found. One sleepless night goes by, followed by a second . . . and before Donn knows it, almost two weeks have passed, leaving him starving, scared, and delirious.

With rainstorms, black bears, and his fear of being lost forever, Donn's journey is a physically, mentally, and emotionally charged story told from the point of view of the boy who lived it.

Don't miss this thrilling survival story, a proven high-interest winner that pulls in readers the way Hatchet, My Side of the Mountain, and the I Survived books do.

Since his close encounter with death in the mountains of Maine more than seventy years ago, Donn Fendler has visited countless schools, speaking to eager readers about his journey to civilization. He still receives countless letters from fans inquiring about that time in his life—which he always answers. He carves out months of time to speak to students at many schools about his experiences. Now retired from the U.S. Army, Donn lives half the year in Tennessee, while spending summer and early fall in Maine.