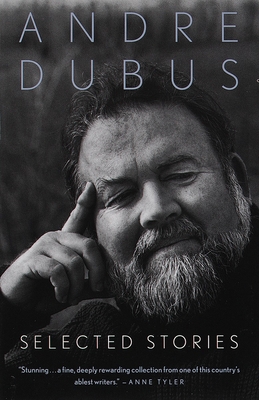 
Special Order—Subject to Availability
A breaved father stalks his son's killer. A woman cries alone by her television screen. A devout teenager wrestles with his faith and sexuality. Here, in these twenty-three stories, Andre Dubus turns fiction into an act of compassion. For readers new to Dubus, this is the perfect starting point. For fans of his, this is an essential, must-have collection.
The author of nine works of fiction, Andre Dubus received the PEN/Malamud Award, the Rea Award for excellence in short fiction, the Jean Stein Award from the American Academy of Arts and Letters, The Boston Globe's first annual Lawrence L. Winship Award, and fellowships from both the Guggenheim and MacArthur foundations. Until his death in 1999, he lived in Haverhill, Massachusetts.