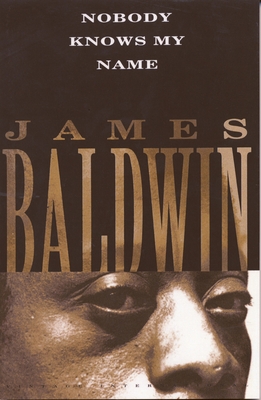 
On Our Shelves Now at:
From one of the most brilliant writers and thinkers of the twentieth century comes a collection of "passionate, probing, controversial" essays (The Atlantic) on topics ranging from race relations in the United States to the role of the writer in society.

“James Baldwin is a skillful writer, a man of fine intelligence and a true companion in the desire to make life human. To take a cue from his title, we had better learn his name.” —The New York Times
James Baldwin (1924–1987) was a novelist, essayist, playwright, poet, and social critic. His first novel, Go Tell It on the Mountain, appeared in 1953 to excellent reviews, and his essay collections Notes of a Native Son and The Fire Next Time were bestsellers that made him an influential figure in the growing civil rights movement. Baldwin spent much of his life in France, where he moved to escape the racism and homophobia of the United States. He died in France in 1987, a year after being made a Commander of the French Legion of Honor.
"A passionate, probing, controversial book which is outstandingly well written." —The Atlantic