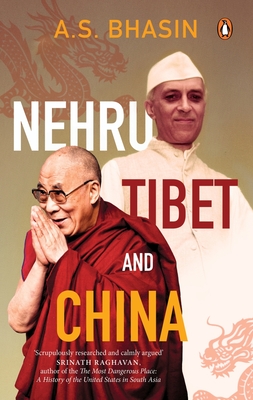 On 1 October 1949, the People’s Republic of China came into being and changed forever the course of Asian history. Power moved from the hands of the nationalist Kuomintang government to the Communist Party of China headed by Mao Tse Tung. All of a sudden, it was not only an assertive China that India had to deal with but also an increasingly complex situation in Tibet which was reeling under pressure from China.

Clearly, newly independent India, with Prime Minister Jawaharlal Nehru at its helm, was navigating very choppy waters. Its relations with China progressively deteriorated, eventually leading to the Indo-China war in 1962. Today, more than six decades after the war, we are still plagued by border disputes with China that seem to routinely grab the headlines. It leads one to question what exactly went on during those initial years of the emergence of a new China. And, more importantly, why have we repeatedly failed to arrive at a solution?

Based on years of meticulous archival research, this book in fascinating detail, analyses the events from 1949 to the Indo-China war in 1962 and its aftermath to explore the answers to these burning questions.