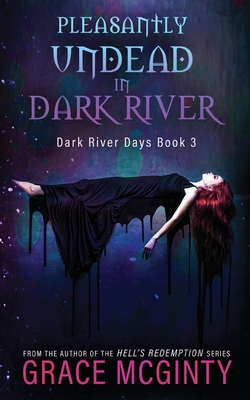 Raine is back Now it's time to settle down and get into the swing of her undead life. No more life or death-death situations. No more almost kidnappings. No more drama.

She's going to reopen the Immortal Cupcake and become a boring member of Dark River for real.

Except she can't bake. And there's an ancient vampire leaving her heads and other undesirable body parts on her front step. Don't forget the ancient dragon shifter king who seems convinced that the great love of her life is one of his progeny.

Whatever. It's just another day in paradise.

But a middle of the night bombshell threatens to shift her whole world yet again. Suddenly, she's getting visits from strange vampires who all want something from her, something she isn't willing to give.

Worst of all, she's not so sure she can keep the men that she loves, or if they will even want her now that they know the truth. Because how can they love her when their feelings might not even be real?