Without bosses: Radical Australian Trade Unionism in the 1970s (Paperback) 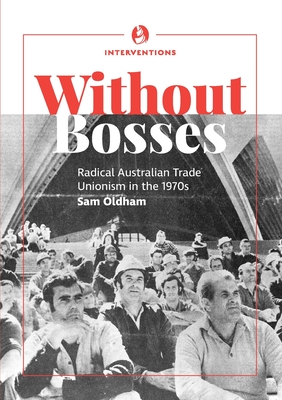 Without bosses: Radical Australian Trade Unionism in the 1970s (Paperback)

Without Bosses gives a fascinating insight into radical currents that developed in Australian trade unionism during the 1970s. In those years of radicalism and social movements, rank-and-file trade unionists pushed the boundaries of action, in some cases setting global precedents. Trail-blazing actions include the mass strike action against the penal powers in 1969, and the famous green bans of the Builders Labourers' Federation in the following years. The book also details less well known but fascinating experiments with self-management and workers' control. At factories, coal mines, and building sites across the country, workers 'sacked' their managers and supervisors, took over their workplaces and ran them without bosses. These actions were a radical departure from the traditionally recognised activities of trade unions. Without Bosses draws on a wealth of archival material and individual interviews. It overflows with incredible and inspiring stories from a critically important period in Australian history. For anyone interested in labour history, left-wing ideas, and the power of unions, it is required reading.