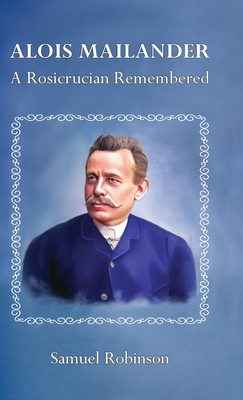 
Not On Our Shelves—Ships in 1-5 Days
(This book cannot be returned.)
For the first time the history and esoteric teachings of Alois Mailander are revealed, fully translated with an extensive introduction to his life and work. Mailander's Soul Teaching manuscript is included; a once secret document containing instructions circulated only amongst students of his Rosicrucian society, the "Bund der Verhei ung." From the time of his spiritual awakening in 1877 to his death in 1905 Mailander's unique ability to advance esoteric students would see him quickly become the Rosicrucian guide concealed behind several branches of the Theosophical Society. Many of his students became important esoteric personalities of the 19th and 20th centuries and, despite having a major impact on their lives, Mailander's influence has all but been forgotten until now.At once, this book is an academic resource for those looking for the original materials, but furthermore, it serves the purpose of allowing esoteric practitioners to access Mailander's Rosicrucian wisdom. Samuel Robinson is the founder of Pansophers.com. This book includes his experienced appreciation of Mailander's method of awakening the Inner Word.