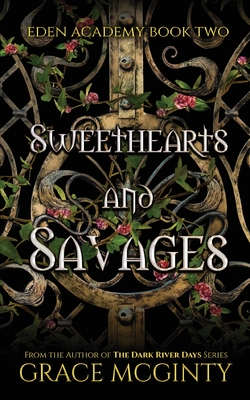 Enit had always known who she was. Wolf Omega. Sibling to an Alpha. Daughter to some of the most feared vampires in the world. An excellent student. The nice one. Meeting and falling a little bit in lust with a sexy lion Alpha didn't change that. Neither did giving in to the feelings she'd kept stuffed down inside her, the ones that revolved around a pretty human who'd held her heart longer than she cared to admit.

But then there was an accident.

When Enit woke up from her coma, she was different. It wasn't just the way she talked or moved, it was who she was inside. Sure, she was still an Omega. A daughter, a sister, and now a girlfriend. But now she was more than that. She didn't always want to be the nice one. She wanted to live and be free.

Sweethearts and Savages is the second book in the Eden Academy series.