I Need You To Hate Me (Paperback) 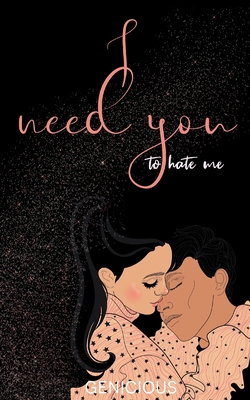 I Need You To Hate Me (Paperback)

A passionate and enthralling college romance. Two damaged souls on a path to obliteration. When they collide, will they heal each other, or are they damaged beyond repair?

What's worse than losing someone you love? Blaming yourself for their death. Two years after a devastating accident, Calla is still full of guilt. But beyond the blame, other demons are prowling. Post-traumatic stress disorder. Poor grades. Insomnia. Estrangement.

Calla is hopeful for a fresh start. A new beginning. She's in for an inscrutable surprise when her path collides with Ace's.

Ace is an asshole-there's no denying that. He's rude, arrogant, and impulsive. A magnetic force comes out to play, hurling Calla into Ace at full speed without brakes to decelerate. And there's no fighting fate, no matter how cruel or unfair it seems.

Soon, Calla is addicted. Addicted to Ace-addicted to the elation he makes her feel. And she realizes that perhaps, they aren't so different after all. However, secrets are deeply entrenched and woven through their souls. When they finally unveil, will Calla be able to look past them, or will everything shatter beneath her?