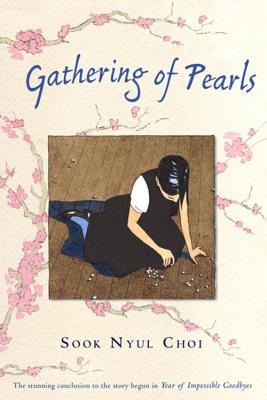 
Not On Our Shelves—Ships in 1-5 Days
“It is easy to fall in love with this gentle girl. . . . Readers who share in this emotional journey with Sookan will grow along with her in wisdom.”—School Library Journal “Just as oysters make pearls out of grains of sand, women create something precious from their suffering. Preparing to face life alone, Sookan gathers her strength—her pearls—and resolves to succeed.”—Kirkus Reviews

As Sookan Bak, the heroine of Year of Impossible Goodbyes and Echoes of the White Giraffe, travels the long distance between Seoul, Korea, and New York City, she is consumed by questions about her future. What will her life in America be like? Will she be able to communicate and fit in? Will she do well in her studies? And has she been selfish in her decision to leave her family and pursue her own dreams? Here is the compelling, often surprising story of Sookan’s first year in a very foreign country—a joyful, overwhelming, and exhilarating time.

Born in Pyongyang, North Korea, Sook Nyul Choi spent two and a half years as a refugee in Pusan during the Korean War. She later immigrated to the United States to pursue her college education at Manhattanville College. She taught school in New York City for twenty years while she and her husband raised two daughters. Echoes of the White Giraffe is a sequel to Sook Nyul Choi’s first novel, Year of Impossible Goodbyes, which won the Judy Lopez Children’s Book Award.

"The soul-searching quality of Choi's prose is at least as important to this beautiful novel as the plot line. . . .Readers who share in this emotional journey with Sookan will grow along with her in wisdom." School Library Journal —