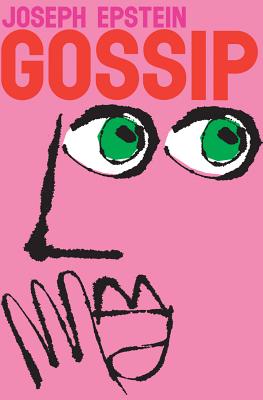 A dishy, incisive exploration of gossip—from celebrity rumors to literary romans à clef, from personal sniping to political slander—by one of our “great essayists” (David Brooks)

To his successful examinations of some of the most powerful forces in modern life—envy, ambition, snobbery, friendship—the keen observer and critic Joseph Epstein now adds Gossip. No trivial matter, despite its reputation, gossip is eternal and necessary. Himself a master of the art, Epstein serves up delightful mini-biographies of the Great Gossips of the Western World along with many choice bits from his own experience. He also makes a powerful case that gossip has morphed from its old-fashioned best—clever, mocking, a great private pleasure—to a corrosive new-school version, thanks to the reach of the mass media and the Internet. Gossip has even invaded politics and journalism, causing unsubstantiated information to be presented as fact. Contemporary gossip claims to reveal truth, but as Epstein shows, it’s our belief in truth itself that may be destroyed by gossip.

Written in his trademark erudite and witty style, Gossip captures the complexity of this immensely entertaining subject.

JOSEPH EPSTEIN is the author of the best-selling Snobbery and of Friendship, among other books, and was formerly editor of the American Scholar. His work has appeared in The New Yorker, Harper’s Magazine, the Atlantic Monthly, and other magazines. He lives in Evanston, Illinois.

"While Epstein’s ruminations on how we became a nation of gawkers ring painfully true, it is his willingness to analyze delectable tidbits regarding authors, intellectuals and other luminaries that enlivens the narrative... Amusing and serious in equal measures, Epstein grants readers the pleasurable company of a master observer of humanity’s foibles."
-Kirkus, starred"Delectable firsthad anecdotes and portraits...add to the pleasures of this serious appraisal. Readers who share Epstein's concern about gossip's power 'to invade privacy, to wreck lives' and his reluctance to wholly condemn it 'because I enjoy it too much' will find him disquieting and delightful."
-Publishers Weekly

"[Epstein has] a literary tone that makes you think of venerable Manhattan editors with mid-Atlantic accents...like a good stand-up comedian (or a discoverer), he inspires confidence [in his writing]." -Wall Street Journal