The Other Side of Dawn (The Tomorrow Series) (Hardcover) 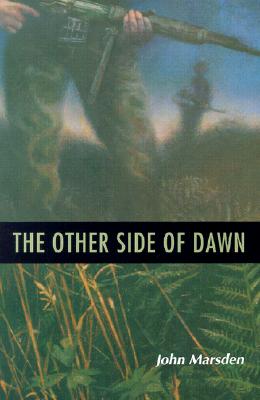 The Other Side of Dawn (The Tomorrow Series) (Hardcover)

The Other Side of Dawn is the long-awaited, riveting, final title in the Tomorrow series about a group of teenagers in war-torn Australia. Since their home was invaded by enemy soldiers and transformed into a war zone, Ellie and her friends have been fighting for their lives. They have learned survival skills out of necessity and taken care of each other through impossibly dark times. Now, with a roar like a train in a tunnel, the war has entered its final days. There’s no more sitting around, no more waiting. There’s only fast decisions, fast action, fast thinking—and no room to get it wrong. As the enemy forces close in on their hideout in Hell, Ellie, Fi, Homer, Lee, and Kevin, and their adopted group of orphaned children, find themselves facing the last chapter of their struggle for freedom. But it may just be the most dangerous yet. And not everyone will survive.

John Marsden’s highly praised series concludes in this thrilling installment that will bring readers to the edge of their seats and keep them there until the last page is turned. John Marsden is one of Australia’s best-known writers for young adults. His work has received critical acclaim and has earned a cultlike following worldwide. The popular Tomorrow series has been translated into seven languages and has sold over one million copies in Australia alone.

"Although stunning action sequences have always been a hallmark of the series, its true excellence is due in large part to Marsden’s thoughtful exploration of the psychological costs of the teens’ heroic, violent exploits." In the closing sequence, he realistically examines the emotional turbulence of the sudden attack of peace…it may be time for Marsden to shut down his engines, but it’s been one heck of a ride." The Bulletin of the Center for Children's Books

"As always, the plot keeps readers on the edge of their seats… an outstanding story of friendship, courage, and survival." Kirkus Reviews

“Marsden is at his exciting, if somewhat improbable, best when writing about Ellie’s single-handed train sabotage and the teens’ attempts to blow up a huge truck stop on the road to Cavendish.” Booklist, ALA

“The action sequences are gripping and there is an expected amount of violence.” School Library Journal —