The Love Poems of Rumi (Hardcover) 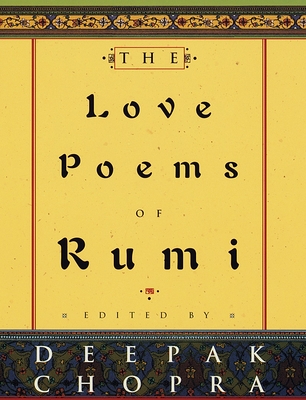 The Love Poems of Rumi (Hardcover)


Backordered
Born Jalal ad-Din Mohammad Balkhi in Persia early in the thirteenth century, the poet known as Rumi (named after the city where he lived) composed works of mysticism and desire that inspired countless people in his own time and throughout the centuries. His poems expressed the deepest longings of the human heart for its beloved, for that transcendent intimacy which is the source of the divine.

This slender, beautiful volume consists of new translations by Farsi scholar Fereydoun Kia, edited by Deepak Chopra to evoke the rich mood and music of Rumi's love poems. Exalted yearning, ravishing ecstasy, and consuming desire emerge from these poems as powerfully today as they did on their creation more than 700 years ago.
Deepak Chopra is the best-selling author of nineteen books, including Ageless Body, Timeless Mind; The Seven Spiritual Laws of Success; and The Path to Love. He is director of educational programs at The Chopra Center for Well Being in La Jolla, California.