ABCs with Blue (Blue's Clues & You) (Board book) 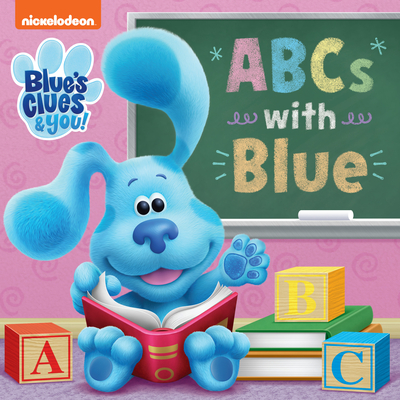 ABCs with Blue (Blue's Clues & You) (Board book)


Not On Our Shelves—Ships in 1-5 Days
Learn the alphabet with Nickelodeon's Blue's Clues & You in this charming board book!

Join Josh, Blue, and their friends from Nickelodeon's Blue's Clues & You as they practice their ABCs! This amusing board book with its sturdy pages pairs rhyming and everyday objects to help boys and girls ages 0 to 3 learn the alphabet.

Nickelodeon's Blue's Clues & You stars Joshua Dela Cruz as he searches for clues left by energetic girl puppy Blue in order to solve a daily puzzle. The series combines the best interactive and educational elements of Nickelodeon's original Blue's Clues with a refreshed signature look.
Established in July 2013 in a merger between Penguin and Random House, Penguin Random House, with nearly 250 independent imprints and brands on five continents, more than 15,000 new titles published each year, and close to 800 million print, audio, and eBooks sold annually, is the world’s leading trade book publisher. Like its predecessor companies, Penguin Random House is committed to publishing adult and children’s fiction and nonfiction print editions and is a pioneer in digital publishing. Its publishing lists include more than 60 Nobel Prize laureates and hundreds of the world’s most widely read authors.