Queens of the Resistance: Elizabeth Warren: A Biography (Hardcover) 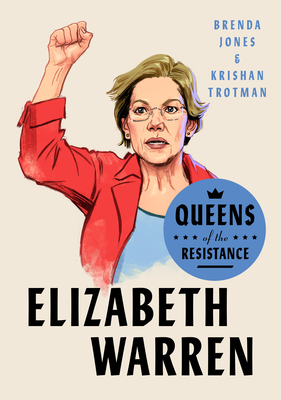 Queens of the Resistance: Elizabeth Warren: A Biography (Hardcover)


In Stock—Click for Locations
Part of the four-book Queens of the Resistance series, saluting some of the most beloved boss ladies in Congress: a celebration of Elizabeth Warren, the star senator from Massachusetts and 2020 presidential candidate

All hail Queen Elizabeth! She's a “queen" but not a monarch who's spent her life fighting to create a more equal society. Now one of the most recognizable women in politics, Warren took a winding road to become the badass senator from Massachusetts—the first woman senator ever elected from the state. Day-to-day struggle to make ends meet? Check. Single motherhood? Check. Law degree? Check. Tenured Harvard Law professor? You bet! And oh, she created a whole new government agency to protect consumers from predatory businesses. This the story of Liz’s hard-earned rise to the top of the game.