The Boy in the Red Dress (Hardcover) 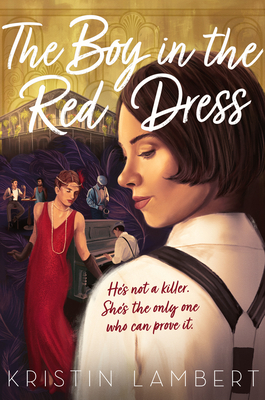 The Boy in the Red Dress (Hardcover)


Not On Our Shelves—Ships in 1-5 Days
A Gentleman's Guide to Vice and Virtue meets Miss Fisher's Murder Mystery in this rollicking romp of truth, lies, and troubled pasts.

Millie is running the show at the Cloak & Dagger, a swinging speakeasy in the French Quarter, while her aunt is out of town. The new year is just around the corner, and all of New Orleans is out to celebrate, but even wealthy partiers' diamond earrings can't outshine the real star of the night: the boy in the red dress. Marion is the club's star performer and his fans are legion--if mostly underground.

When a young socialite wielding a photograph of Marion starts asking questions, Millie wonders if she's just another fan. But then her body is found crumpled in the courtyard, dead from an apparent fall off the club's balcony, and all signs point to Marion as the murderer. Millie knows he's innocent, but local detectives aren't so easily convinced.

As she chases clues that lead to cemeteries and dead ends, Millie's attention is divided between the wry and beautiful Olive, a waitress at the Cloak & Dagger, and Bennie, the charming bootlegger who's offered to help her solve the case. The clock is ticking for the fugitive Marion, but the truth of who the killer is might be closer than Millie thinks.
Kristin Lambert has a BA in journalism and creative writing. She lives in the South with her husband, two daughters, two cats, a sewing machine, and a truly absurd amount of creepy old dolls. The Boy in the Red Dress is her debut novel.
Raves for The Boy in the Red Dress:

“A twisty Jazz Age mystery with a diverse cast of characters, and an exciting NOLA setting that comes alive. Perfect for fans of Veronica Mars and The Gentleman’s Guide to Vice and Virtue.” — Kerri Maniscalco, #1 New Year Times and USA Today bestselling author of the Stalking Jack the Ripper series