Where Is the Congo? (Where Is?) (Paperback) 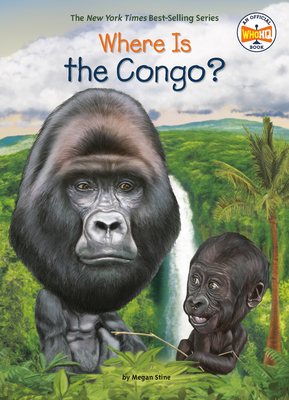 Where Is the Congo? (Where Is?) (Paperback)


Not On Our Shelves—Ships in 1-5 Days
Discover what lives and grows in the Congo Basin in Central Africa, one of the planet's most remarkable regions.

Running through six countries in the middle of Africa, the Congo Basin contains some of the largest tropical rainforests in the world. Dealing with present-day issues of climate change, it is home to bonobo apes, mountain gorillas, forest elephants, and more.

With details about the exploration (and exploitation) by the European colonialists and the aftermath of their arrival in the Congo, this book will give readers a better understanding of the second largest rainforest in the world.
Megan Stine has written several books for young readers, including Where Is the White House?, What Was the Age of the Dinosaurs?, Who Was Ulysses S. Grant?, Who Is Michelle Obama?, and Who Was Sally Ride? She lives in Clinton, Connecticut.