The Odd 1s Out: The First Sequel (Paperback) 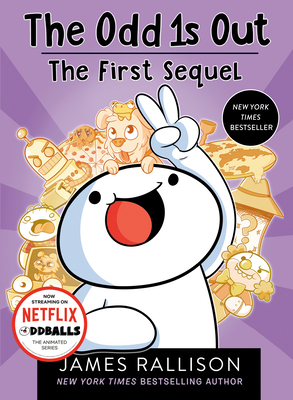 The Odd 1s Out: The First Sequel (Paperback)


Not On Our Shelves—Ships in 1-5 Days
Now a new Netflix series, Oddballs!

The sequel to the New York Times bestselling The Odd 1s Out, with all new and never-before-seen content featuring opinions, stories, and signature characters from YouTube phenomenon James Rallison

James Rallison has always felt like he was on the outside looking in. His YouTube videos are all about his "odd" behavior, and with over 13 million subscribers and millions more followers on social media, these animations have found their way into the hearts of fans who also feel like a bit of an odd one.

In this second installment in the Odd 1s Out series, James is back with characters, stories, and opinions, including:

•  The upside of the robot uprising
•  Questionable pizza toppings
•  Strange yet completely reasonable fears
•  Inventions that don't exist, but should

Offering advice on accepting your quirks and growing up in the Internet age, The Odd 1s Out: The First Sequel is sure to be a must-have for old and new fans alike.
JAMES RALLISON has been drawing comics since he was eight years old. At age sixteen James created the webcomic The Odd 1s Out, which has expanded into a YouTube channel with more than 13 million subscribers. He lives in California.