Help Me Hide This Giraffe! (Paperback) 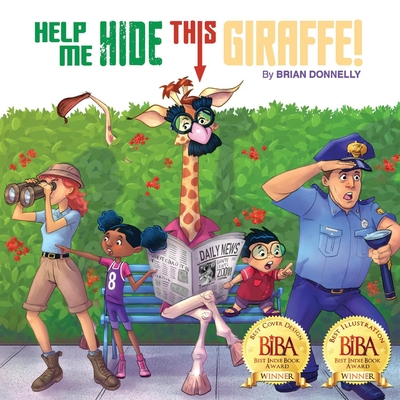 Help Me Hide This Giraffe! (Paperback)


Not On Our Shelves—Ships in 1-5 Days
IF A GIRAFFE SHOWED UP AT YOUR DOOR AND YOU HAD TO HIDE HIM,
WHAT WOULD YOU DO??? Find out in this multiple-award winning book.

A brother and a sister explore all the outrageous possibilities in this hilarious and imaginative rhyming story by award winning author Brian Donnelly.
Brian Donnelly is an award-winning independent writer and publisher, a former United States Marine, a 27-year veteran of the armed forces, an elected public servant and nationally recognized attorney. This is his third children's book.

Brian learned of the power of humanity in the face of suffering when He was diagnosed with a brain tumor, epilepsy and autoimmune encephalitis a few weeks after hearing the news his wife was pregnant with their daughter Brooke. He underwent 9 hours of brain surgery when his wife was five months pregnant and spent the first seven months of his daughter's life in immuno-infusion therapy. As a result, his publishing company donates proceeds from its creative works to charitable causes.